Brian Dolzani is a contemporary singer/songwriter

and photographer based in Connecticut.

Brian Dolzani is a contemporary singer/songwriter that possesses an old soul. A listen to his music makes that point abundantly clear.  So too, the fact that he lists any number of ‘60s and ‘70s songwriters as prime influences — Bob Dylan, Neil Young, Cat Stevens, Crosby, Stills and Nash, to Joni Mitchell, James Taylor, and Credence Clearwater Revival, among them — suggests that his roots reside in a great storytelling tradition. Like his forebears, Brian is all about to creating a connection to his audiences through the expression of innermost emotion. In the process, he shares a sound that’s vibrant, engaging and enticing, and, like his heroes, flush with both meaning and magic.

It’s little wonder then that his work has been described as “musical medicine for the soul” by the Lonesome Noise blog, or that the Americana bible No Depression one declared “Dolzani’s melancholy musings are remarkably affecting,” while also praising his melodies as “eternally engaging, and, on more than one occasion, even soothing and seductive.”

“For me, writing songs is something that’s very personal,” Brian himself says. “Over the years, I’ve come to discover myself through making music.”

That’s been evident from the outset. With ten albums to his credit and a career that dates back nearly 25 years, he’s consistently shared songs that find universal meanings, while expressing thoughts and sentiments that ring with honesty, integrity and common cause. His last album, We Are Magic, made that clear. Its title track shines as an anthem that’s flush with optimism and resilience, while songs such as “What Would You Do For  Love?,” “Who I Am” and “What Kind of World Is It?” take that positive perspective and offer them with a common cause.

Written and recorded in his basement studio during the pandemic, We Are Magic found him playing all the instruments entirely on his own, a reflection of aptitude and ambition expressed in equal measure.

Based in Connecticut, Brian is a road warrior who has traveled across the U.S. many times and, in the process, brought his music to any number of prominent venues throughout the nation. They include the World Cafe, Daryl’s House, New York City’s Rockwood Music Hall, The 5-Spot in Nashville, the Blue Plate Special radio program in Knoxville, and any number of other prominent places in-between, including performance places in Los Angeles, Houston, Richmond, Charlotte, San Diego, Sonoma, San Diego, Norfolk, Connecticut, and Clarksdale Mississippi, to name but a few.

It’s little surprise, then, that Brian’s reaped any number of accolades in the process. His videos have appeared on Ditty TV. He was given the privilege of contributing to Jambase’s 50th Anniversary celebration of the Grateful Dead by performing the Jerry Garcia’ classic “Mission in the Rain.” Likewise, his song “North of Santa Barbara” was singled out for an Honorable Mention in American Songwriter’s songwriting competition. Other honors include a 2012 Rocky Mountain Folks Festival showcase and semifinalist status in the 2012 Unsigned Only song competition.

Yet Brian remains humble, in spite of all his accomplishments. “My goal is to keep sharing my songs, authentically and truthfully, even if it means winning over one listener at a time, or finding myself somewhere out on the road in a place I’ve never been,” he insists.

At this point, that possibility is well within his grasp. As Cincinnati City Beat once wrote, “Brian   exudes the melodic charm and trebly vocal hitches of Jules Shear, and the heartbreaking warmth and intriguing lyrical turns of Freedy Johnston.” Or as No Depression added in yet another review, “Dolzani is a skilled songwriter who’s able to turn even the most pessimistic circumstances into a scenario worth singing about.”

Those points have been driven home throughout the course of a recent spate of highly praised offerings — the aforementioned 2021 album, We Are Magic, the 2019 socially conscious single “Culture of Fighting” (featuring the contributions of legendary keyboardist Charles Hodges and drummer George Sluppick of the Chris Robinson Brotherhood), 2018’s Horse, recorded in Connecticut at producer Eric Lichter’s Dirt Floor Studios, the 2016 release, A Place That I Can Feel, recorded in Nashville with the backing of studio veterans who have worked with Roy Orbison, and Vince Gill, among others, and 2014’s If I Don’t Speak a Word, which was helmed by legendary producer Neilson Hubbard.

The early loss of his father when Brian was fifteen compelled the young artist to turn his overwhelming pain into guitar playing and songwriting, attempting to re-connect lost connections, and find a way into his own sensitive skin.

“Music continues to be a therapeutic instrument for me,” Brian insists. “Yet I also see it as a way to bring people together, offering something that’s continued to provide a communal connection between artists and audiences for as long as many of us can remember.  If I can play a part in furthering that tradition, then I think I’ve accomplished all I hoped to do when I first chose to pursue that possibility early on.”

"Melodies that are eternally engaging, and, on more than one occasion, even soothing and seductive.” – No Depression

"Brian Dolzani is passionate about every gig, large or small, and that passion shines through his live performances. He was a pleasure to host and we look forward to having him back" - Tracey Delfino, Trespass Music (Buzards Bay, MA)

It’s o.k. to wear your heart on your sleeve every now and then. It’s o.k. to put it all out there. It exemplifies a certain type of bravery to allow raw emotion to take over because the risk you run is a lack of reciprocation. You risk be shattered like a piece of glass meeting a hammer for the first time. It becomes doubly dangerous for the artist who puts both his emotions and his influences on such vivid display. But the payoff when it all clicks, the pureness of it all, is as refreshing as a tall glass of water on a steamy Summer evening. Just ask Connecticut’s Brian Dolzani, because on his newest release, A Place That I Can Feel, he’s accomplished just that.

Brian Dolzani’s melancholy musings are remarkably affecting, and while he sometimes seems as if he’s in a perpetual state of yearning — if not mourning — his relationship worries are easily relatable to anyone engaged in the long distance quest to find Mr. or Mrs. Right. [more]

There are certain albums that we use to mark time. Consider this chronology… In 1969, Neil Young released his first, self titled, solo album which demonstrated that he was a distinct artist apart from the Buffalo Springfield. In 1991, Matthew Sweet released Girlfriend, a mix of ballads and joyful hard rock pop that resulted in its becoming the best-selling album on college campuses that year. And in late 2012, Brian Dolzani released his lower-case entitled 12-song collection, if i don’t speak a word…[more]

Dolzani can also craft some surprisingly catchy melodies. While he seems to effectively clone Neil Young in the rocking “Whether or Not,” I suspect songs like “Sail This Sea,” “Before Goodnight,” and “Autumn in Central Park,” songs that deal directly with relationships, seem more honest. They are all three melodic gems that will stick with you. And come to think of it, so will “Whether or Not.” [more]

The album begins with the lyrical “Older Now” as he explains his words of wisdom. The twelve-song release is more about the words than the music as Dolzani’s vocals on “Whether or Not” remind us of an earlier version of Neil Young & Crazy Horse, before feedback became Neil Young’s power chord. The songs that strike the most interest are the mostly acoustic storytelling of “Before Goodnight” and “Broken.” The album finishes up with the inner search for love in “Autumn In Central Park” and how to deal with love in “I’m Sorry Now.” [more]

Brian is also a highly skilled photographer, shooting his fellow musicians, as well as travel & documentary photography. He has released multiple photo books and sells prints, which can be purchased at his ETSY site. View more at his Photo Instagram. 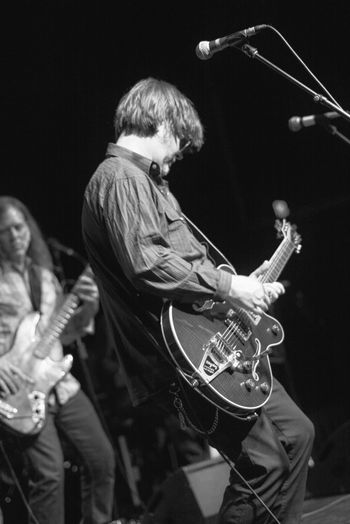 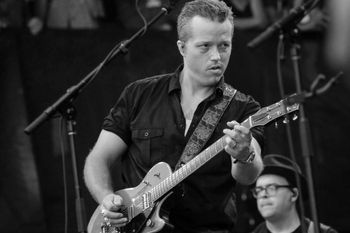 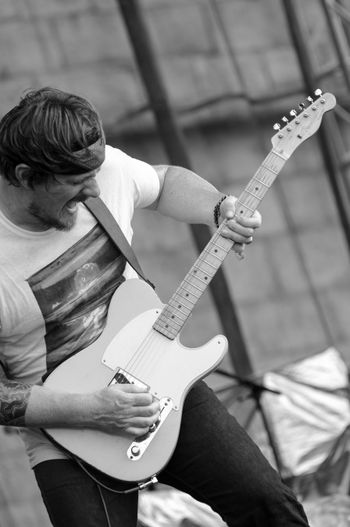 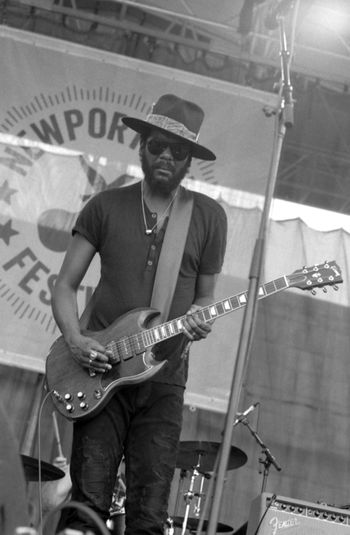 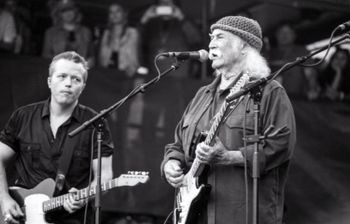 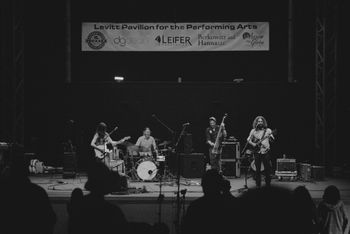 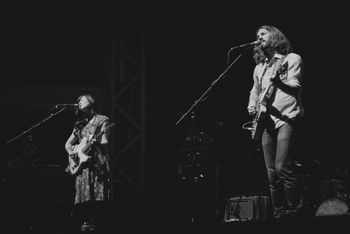 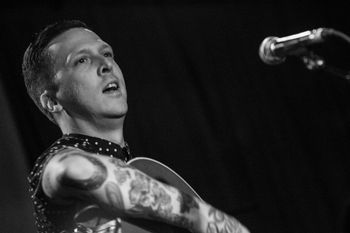 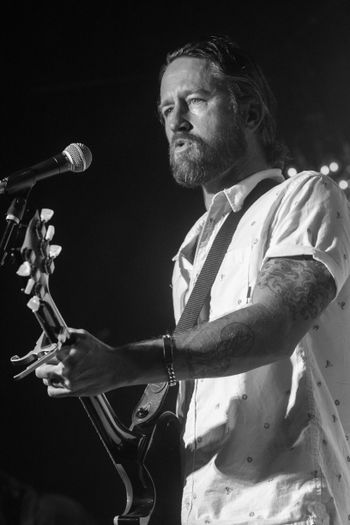 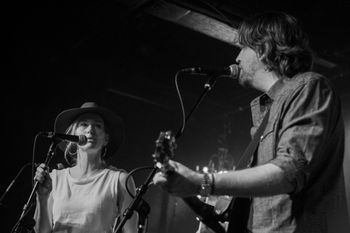 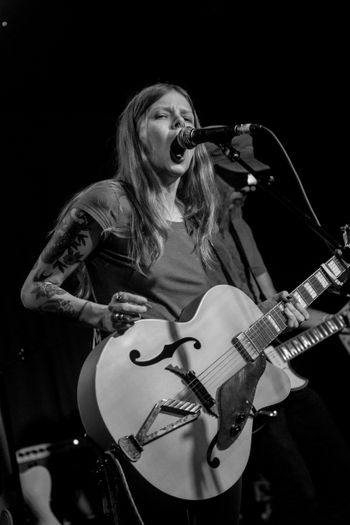 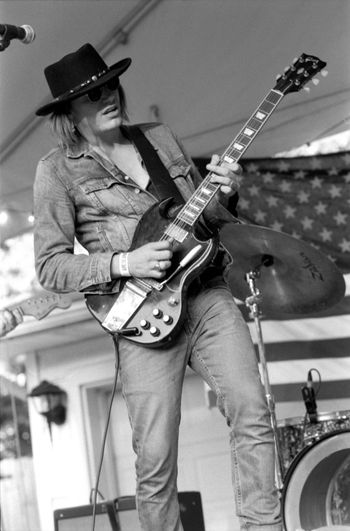